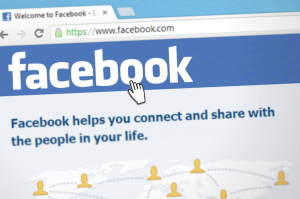 Mr. Malhotra suggested the social media site is ‘trawling through’ his account ‘looking for misinformation.’

British cardiologist Dr. Aseem Malhotra has labeled Facebook an “enemy of democracy” after being suspended by the tech giant for three days following social media posts about Covid vaccines.

Ladapo’s analysis came under intense public scrutiny and resulted in Twitter temporarily blocking his post, with various members of the medical community challenging his findings.

Ladapo tweeted in response, “I love the discussion that we’ve stimulated… Isn’t it great when we discuss science transparently instead of trying to cancel one another?”

In response to his suspension, speaking to GB News’ Mark Steyn show Dr. Malhotra said, “Facebook is an enemy of democracy.”

“The fact-checking only goes in one direction.”

“Think of the number of commentators who told us that vaccines stopped transmission during the rollouts. Where were the labels of ‘medical misinformation’ then?”

This comes in light of a European Parliament Covid Committee’s questioning of Pfizer executives this week. Dutch MEP Robert Roos questioned Pfizer director Janine Small about whether the vaccine’s effect on transmission was tested prior to its rollout. Ms. Small appeared to affirm Mr. Roos’ concerns that it hadn’t.

Just today, Dr Malhotra received another flag from Facebook from a post made two weeks ago, which prompted the suspension to be extended to three days. The post consisted of a video he had made in which he called for the Covid vaccines to be “suspended until all the raw data (from the trials) has been released for an independent analysis.

“They are clearly following an agenda here.”

In Dr. Malhotra’s review published in the peer-reviewed Journal of Insulin Resistance last month about Covid misinformation, he was highly critical of fact-checkers and social media companies since the beginning of the pandemic.

He wrote, “The so-called ‘fact checkers’ have censored anything that challenges the prevailing mainstream narrative (the establishment is trustworthy, and the vaccines are completely safe).”

GB News approached Meta Platforms Inc (NASDAQ:META) for comment, who said they can not comment on cases under review.

To date, hundreds of millions of people around the world have received the vaccine, and public health agencies continue to publish real-world evidence on its effectiveness.”