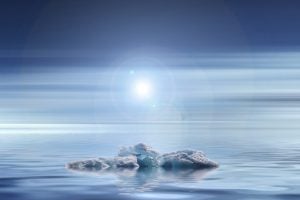 On May 27th, the European Commission proposed the most significant fiscal stimulus in Europe’s history with climate investment at the heart of the bloc’s recovery effort. The proposal may have a considerable impact on both the architecture of the European Union and climate initiatives globally. Mindful of the proposals boldness, Ursula von der Leyden, the E.U. Commissions’ president, suggested that it was “Europe’s moment” to lead the globe on climate change issues.

The €750 billion ($826 billion) proposal is unprecedented on several accounts. First, it looks to issue common debt to finance the scheme. Up until a few months ago, this would have been untenable for most of the wealthier E.U. nations who have pushed back aggressively, for decades, on common debt issuance. The proposal stops short of a collective tax regime, but it does indicate that the EU will be the guarantor of any debt issued – which is still illegal under E.U. law. Yet, the E.U. acting as a guarantor, with perhaps an increase in member nation contributions (as opposed to common tax law), is likely more palatable than true debt mutualization whereby Germany, for instance, would have to guarantee Greece’s debt. France and Germany have struck a more cooperative tone lately, but it’s still far from clear how the €500 billion in grants and €250 billion in loans will be financed.

Second, climate initiatives dominate investment proposals. The E.U. is making it clear that the stimulus is an industrial strategy and that a transitioning energy economy will drive productivity growth. More than 25% of the total stimulus package is earmarked for renewable energy, clean transport, clean hydrogen, and building renovations.

The proposal calls for €60 to €80 billion to accelerate electric vehicles sales (with a value-added tax (VAT) exemption for E.V.s), a doubling of funding for vehicle charging networks, and an expectation that the E.U. will directly tender for 15 G.W. of renewable capacity over the next 24 months. Additionally, the E.U. has allocated €10 billion over the next two years to finance 7.5 gigawatts per year of new solar and wind projects, €10 billion per year to support renewables and hydrogen infrastructure, and up to €30 billion in R&D funding to aid ‘green’ hydrogen development (with the aim of producing 1 million tons of clean hydrogen). A further €91 billion per year is proposed in tandem with a green mortgage plan to support extensive building energy retrofits.

To put these figures into context, Europe’s total power capacity is roughly 900 GW. In 2019, about 21 GW of renewable capacity was added to the European grid. If we superimpose the current proposal on 2019 data, the cumulative impact of direct procurement and financing will boost 2019 capacity by 71% – for just renewable energy. A doubling of funding for electric charging stations is aimed at creating a million charging hubs across Europe – a 480% increase from current figures. The funds directed towards zero-emission drive trains and energy storage are big enough to build out battery supply for up to 6 million electric vehicles per year, which is equivalent to 40% of Europe’s annual vehicle sales, and materially above most estimates for Europe’s 2030 E.V. penetration targets.

How The Stimulus May Impact Industries

A cross-sectional analysis of industries the stimulus may impact is lengthy. Chemicals, building materials, and utilities all lay in the crosshairs. This is not a surprise as the decarbonization of the power sector, combined with the electrification of the transport sector, requires a profound change to lengthy supply chains.  Prior to the coronavirus, the European utility sector saw evidence of stock re-rating driven by capital flows to equities with the most exposure to decarbonization. It’s clear that the market has been willing to pay for future growth, and we anticipate this trend will accelerate, particularly in Europe. The strategic investment facility (a portion of the stimulus package with a €150 billion pool of capital) will invest in crucial renewable and energy storage technologies. At the same time, the Commission will make additional proposals to boost offshore renewable energy. Combined with national renewable energy targets, there is now significant fiscal weight to achieve these goals. The power mix of Europe (inclusive of the U.K.) is roughly 30% renewables, likely rising to 50% over the next nine years. There almost certainly will be investment opportunities for utilities to deploy their growth capital into. Further, any increase in E.V. adoption adds to incremental electricity demand, which will be a an important ingredient for rising profitability in the sector.

As a strategy, the E.U. proposal is a midpoint between a more limited industrial strategy that forgoes opportunities to avoid costs (U.S. approach) and an expansionary industry strategy that achieves goals but often with significant waste (China approach)[1]. The question of how much state (or collective) aid is needed to develop new value chains is critical and unresolved. Public investment may be an appropriate way to stimulate growth in a negative interest rate environment. In theory, spending could stimulate aggregate demand by incentivizing additional consumption and private sector investments. If well designed, it may lift productivity using a smaller proportion of greenhouse gas emissions. While not homogenous across Europe, productivity growth has been stagnant for the better part of the decade, with public and infrastructure investment yet to recover to pre-2007 levels. 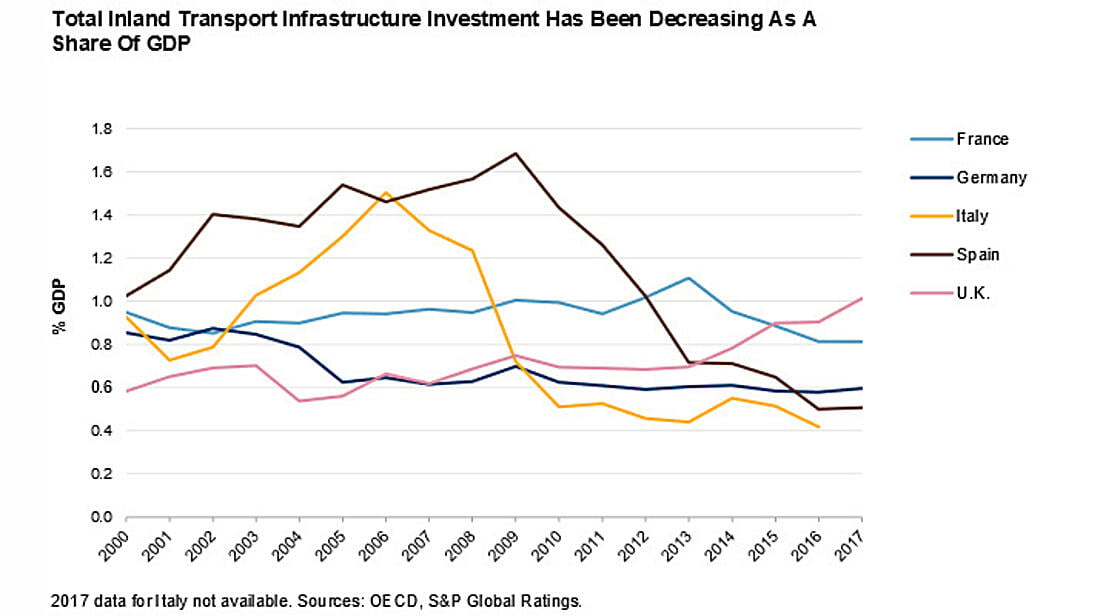 Critiques On The Commissions Proposal

There are many ways in which the Commissions proposal can be critiqued. The size and cooperative nature of funding means it may get stuck in litigation and the final plan may end up being a watered-down version of the original proposal. Then again, the urgent nature of the pervasive economic contraction has caused policymakers to move quicker than usual. Another legitimate concern is that top-down, government-led stimulus may not be an effective solution to developing new technologies, building out supply chains, and growing nascent markets.

Then again, fiscal stimulus in pursuit of decarbonization has been known to have positive, multiplicative effects. The steep decline in solar costs over the last decade is typically attributed to technology development. Less discussed is that heavily subsidized installations in Europe played a crucial role in product development. In 2012, Europe had 70% of the world’s installed solar capacity. Today it sits at 30%. Field deployment is vital to test new equipment, and the go-to-market strategy of most modern technologies rely on some market subsidy. Complimentary techniques to renewable energy such as energy storage, cheap hydrogen production, and the learnings associated with building supporting infrastructure to handle a more electrified economy (literally) may prove to be very valuable.

A full majority from the 27 leaders and their respective parliaments will be required to put this proposal into action. We admire the E.U. for taking steps to address some of the more subtle, yet dire realities that policymakers contend with in combating greenhouse gases. They also will be the most problematic in getting this proposal passed. Namely, the recognition that decarbonization cannot rely on multilateralism.

To succeed, the E.U. is looking to embrace climate unilateralism. Climate change (or clean air) is a “public commons” problem of unparalleled magnitude.  Sovereign nations cannot be compelled to act against their wishes so cooperation needs incentives for compliance. The failure of the Kyoto Protocol and the imminent withdraw by the U.S. from the Paris Agreement are examples of cooperative attempts that lack incentives and eventually break down.

A Ban On Any New Trade Agreement

The proposal from the E.U. looks to attack these issues. It calls for a ban on any new trade agreement with parties that have not signed the Paris Agreement. This, of course, means no further deals with the U.S. under the current administration. (The E.U. countries, collectively, rank 1st as an export market for the U.S. with E.U. imports totaling $684 billion from the U.S. in 2018). The E.U. is betting that they are a significant enough trading partner that compliance with an international treaty is less burdensome than having no access to the European consumer.

The proposal also looks to extend provisions on their carbon tax to cover imported goods. Likely one of the most contentious issues moving forward, the regulation aims to avoid penalizing domestic producers that suffer from cheaper substitutes imported from nations with no carbon tax. Arcelor Mittal (a Luxembourg-based steelmaker) cited the cost of emission permits as one of the reasons to reduce its European output by 7%. Ensuring that imports face the same costs of emissions as European companies may help plug this ‘carbon leakage’ hole. It may also serve as a critical source of income.

Both provisions (applying a carbon tax on imports and not signing trade deals with counterparties who do not subscribe to the Paris framework) are almost certainly going to make the proposal more challenging to pass. The reality is that most feasible routes towards decarbonization are politically untenable, making Europes efforts in this situation just the first of many needed efforts to challenge the status quo. The impetus for collective action often falls on deaf ears with climate change. The urgency by which the world is mobilizing around the virus response is evidence that collective action is possible, and we think the E.U. is, at the very least, among the most forward-thinking on the subject.

[1] Nikos Tsafos, a Senior Fellow at the Center for Strategic & International Studies has written on this dynamic.

The post Bold Climate Stimulus By The E.U. To Have Major Impact appeared first on ValueWalk.