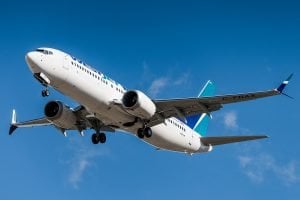 Boeing’s job cuts are going deeper than initially said. The aerospace giant is cutting over 12,000 jobs in the U.S., which is thousands more than it originally planned to cut. The job cuts come as Boeing restructures and seeks to deal with the fallout from the coronavirus pandemic without a government bailout after years of share buybacks.

Boeing said this week that the 12,000 job cuts include 6,770 involuntary layoffs. The company also said it’s planning “several thousand remaining layoffs” in the coming months. It said in April that it planned to slash 10% of its workforce by the end of this year. This week, Boeing said 5,520 workers in the U.S. will accept voluntary layoffs, and 6,770 workers will be involuntarily cut.

According to Reuters, Boeing CEO Dave Calhoun sent an email to employees stating that the “pandemic’s devastating impact on the airline industry means a deep cut in the number of commercial jets and services our customers will need over the next few years, which in turn means fewer jobs on our lines and in our offices. … I wish there were some other way.”

April marked the second time this year the plane maker received zero orders. Its customers canceled an addition 108 orders for the 737 MAX aircraft, which remains grounded, pending regulatory approval after deadly crashes of the plane. This year marks the worst beginning to a year for Boeing since 1962.

The Chicago Tribune notes that the government ended up helping Boeing without giving it a bailout. The plane maker urged the Federal Reserve to take unprecedented steps to support the credit markets by purchasing corporate bonds. It then used the result of that effort to take out its $25 billion bond offering. The Tribune cites a source with knowledge of the matter that the Fed’s decision to buy corporate bonds was a game changer for Boeing.

Boeing found itself in need of funds to deal with plunging demand from customers amid the coronavirus pandemic. And yet, if it hadn’t bought back so many shares over the last five years, it would’ve had the money to deal with the crisis.

Share buybacks are designed to juice stock prices, and that’s exactly what Boeing did by buying back its own shares. However, the Post argued that the company’s share buybacks enriched shareholders at the expense of harming the company itself, landing it in a $10.5 billion hole, based on the decline in the stock price after the shares were repurchased.

Boeing’s job cuts are a piece of a larger puzzle as the company deals with the fallout from the pandemic. The company’s stock price also climbed as a result of those layoffs, further enriching shareholders at the expense of workers.