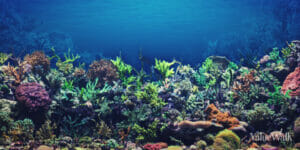 The aim is to agree a set of actions to halt and reverse the loss of biodiversity – that is, the variety of animals, plants, fungi, and micro-organisms that make up the natural world. It’s caused by a range of factors, including over-exploitation of resources, habitat destruction, pollution, and climate change.

The loss of biodiversity could have serious consequences for the functioning of natural systems and the long-term sustainability of the planet.

Biodiversity is quickly rising up the agenda for investors. Many of the products and services that drive economic growth are derived from the natural world, so the loss of biodiversity could have serious economic impacts.

The impact of biodiversity loss might expend further than you would think too. For example, a loss of biodiversity in forests can affect the productivity of these ecosystems, leading to reduced timber yields.

This would have knock-on impacts for industries like construction and energy, and affect the production of things like paper, furniture and firewood. Forests also help to moderate the climate by locking in carbon dioxide, support food supplies, and provide important cultural and recreational value – all of this could be compromised by biodiversity loss.