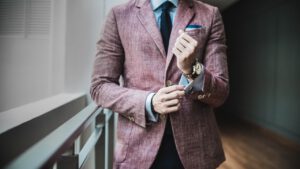 ValueWalk’s Raul Panganiban interviews Evan Bleker, founder of Net-Net Hunter, and author of “Benjamin Graham’s Net-Net Stock Strategy.” In this part, Evan discusses his background and what led him to investing, his net-net approach, the inspiration behind his book and who the book is written for. See the full transcript.

What Led You To Investing?

So my name is Evan. I run the site netnethunter.com and I originally got started in investing in high school during a senior class I was taking, I think it was some sort of consumer economics course or whatever, but they had an investment game there. And I never heard about stocks or anything like that. And I was quite surprised that you can actually buy pieces of a company are things that at least look like they moved up and down, you can make a lot of money on this was in you know, 1999 and a lot I remember sitting there, looking at the stock charts and, and seeing these, these squiggles there on the chart, and I was buying the ones that were close to the bottom Have the rings that look like they were good bargains. I didn’t know anything about value investing back then.

But my friends were all buying the tech stocks and, and they were just absolutely crushing me at this game. They’re up, you know, hundreds of percent over a course of a couple months and I was down. So I was a little bit discouraged, but that kind of planted the seed with stocks and investing. And then I didn’t go to university right away. I ended up taking a pretty terrible job and, but the good thing is I ended up stocking away a lot of money. So I had, you know, this big chunk of money and I need to do something with it. So I figured, okay, well, I’ll go to the bank, and I’ll talk to the financial advisor there.

And I’ll you know, get into good mutual fund and, you know, whatever else. So I went there and she just tried to push these terrible funds on me. I didn’t know much about investing, but I knew when a product was, you know, complete garbage. So I looked at these things and I’m like, Are you kidding me? Really want me to buy knees like this with a lot of money that I’ve saved, you know, for 19 or 20 year olds. And so that really started the journey after that.

So I figured, you know, if, if I’m gonna invest my money with good outcomes, then I really have to get a lot of education behind myself. So I just started reading a lot of books and I spent a considerable amount of time diving into investing and you know, going through different paths and finding dead ends and then eventually stumbled on value investing with Buffett‘s, like most people do. And then when I realised how difficult that was to follow Buffett, I turned to Graham and then that proved even difficult and I almost gave up investing but in 2009 or 2010. I remember reading some blog, I think it was old school value and I think I think Jay was writing on old school value that that he was investing these things called net nets.

And I’m like, Well, that sounds interesting. I think I read about that. So I went back into Security Analysis. I tried to look at, you know, what Graham had said about net nets. And it turns out Yeah, this is, you know, one of the best strategies that Graham was recommending.

I ended up just toying with the idea of buying that nets. And then finally, I took the plunge that I bought a couple. By luck, they ended up working out and so that started me along the road of net net investing, if you will.

Yeah, I mean, I’m a net investor at heart and my preference is to buy companies that are trading, or that meet the net net criteria, the basic net net criteria, but then I also look for sweeteners. So these are characteristics about a company or about a stock that make it seem like it’s either going to be a bigger winner than most of their nets, or that’s going to have higher likelihood of working out.

How Do You Define Risk And Manage It?

Yeah, so, you know, risk is something that I’ve thought about, obviously a lot as a net, or as a value investor. I think that’s one of the core tenets of the philosophy is just, you know, managing risk. But, you know, to me risk is the chance of loss and the amount that you could lose. So if you want to put it in some sort of mathematical terms, it’s not going to be perfect. You know, you could probably think of a different formula. That’s better, but you know, look at you know, your probability of loss multiplied by the amount You can lose. And that’s basically how I view risk in terms of managing risk.

I think that, you know, if you look for these sweeteners, these additional characteristics that suggest strong outperformance that’s really a good way of making sure that you have a fewer number of losers in your portfolio. So, so that’s, that’s a big plus. And then also, of course, reasonable diversification. Because even if all the facts are stacked in your favour, something can still go wrong. You’re never guaranteed a good outcome with any stock. So you know, obviously, you have to diversify.

What Was The Inspiration Behind Benjamin Graham’s Net-Net Strategy?

Well, actually, a publisher asked me if I wanted to write a book on Graham‘s net-net strategy, There was a reader net-net hunter, a reader who asked me a question. He was actually writing a book for the publisher, the publishers Herrmann House in the UK. And he, I gave him I guess what he thought was, you know, a really good answer to a question he had for his book. And he said, Well, you know, let me introduce you to my publisher, and I was kind of like, Okay, sure.

I guess I could, you know, be introduced. I wasn’t really planning on writing book, or do you really have anything in mind? So, the publisher, I guess, looked over some of my previous writing, it says, Yeah, I’d like to offer you a book deal. So I’m like, Oh, okay. Well, it just kind of happened out of the blue like that, um, and then I decided, really to, to go ahead and write it because, you know, obviously, it’s a big personal challenge. For anybody who’s written one book or a couple books. It’s not an easy task.

I’ve heard that the more books you you write, it gets easier. But yeah, I mean, it’s, you think that, you know, you know, what’s a book you just put your, your writing down, or your thoughts down on paper or you know, in digital form in this case. And, and you know, the rest is history, but when it comes down to it, I mean, you have to be internally consistent in the book and then you have to, you know, make sure that you didn’t reference the same thing multiple times in different places.

And so it’s a it’s a tough slog. It’s not like writing an academic paper at all. It’s, it’s a lot more work. But yeah, I figured also that, you know, how many people can say they’ve written a book, so for me, it was also a little bit of a personal accomplishment, but I felt that would be worth it.

But I have to say, you know, the book. Yeah, it was, it was very, very difficult and one of the reasons is because I’m a bit of a perfectionist So, I figured, okay, you know, I could just, you know, whip together a few chapters and we’ll be done. No, no, no, I spent days and days and days or weeks on, you know, any one given chapter and then doing research and just, you know, fine tuning the writing, and I don’t know how many times I’ve thrown out the same chapter, but so yeah, yeah, that was the entire process.

Who Is This Written For?

I would guess the best answer I could give you was that my son spurred me to keep writing it. I’ve, we just me, my wife just had our first baby. And after I started writing the book, the baby came along and I realised You know, I’m writing a piece of work a very valuable piece of work that I that you He will probably read in the future, or hopefully he’ll read in the future. So basically, I’m writing it for my son, when he starts investing 20 years from now, you know, I don’t know if if the markets or investing will be under the same situation, but I think that he can use the same principles and thought patterns for how he assesses investment situations.

So he really spurred me on to to keep writing it and to do my best. But I would say that the book is probably most useful for small retail and that investors managing less than 5 million and I think ultimately, the smaller your portfolio, the better this strategy will end up working for you. So it’s not a strategy that larger investors can use. If you’re managing you know, 10 20 million or more, probably you should move on to something else. But as far as small retail investors go, it’s one of the best performing strategies. And and so I think that that’s primarily who the book is geared for.