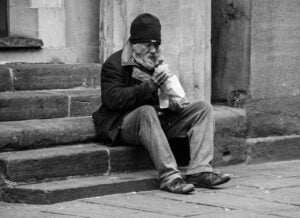 At 8:30 am on Friday morning, the Bureau of Labor Statistics released its estimate of our nation’s unemployment rate in May. Almost every economist asked by the media predicted that the BLS would come up with a figure of close to 20%.

Virtually no one expected it to actually fall below April’s rate of 14.7%. Economists are certainly not known for always making accurate predictions, but rarely have virtually all of them not just been wrong, but wrong by such a wide margin.

So who was right – the BLS or the economists? Do we owe everyone a big apology, or does the BLS?

Let’s start with the data that the BLS used to calculate May’s unemployment rate. The estimated that 21 million people were unemployed, and 137 million were employed.

Now let’s see why this unemployment rate might not be kosher. Few economists would take much issue with the BLS measure of the labor force. So let’s stipulate that that figure is not inaccurate.

But where many of us could well have a big problem is with the BLS estimate of just 21 million people being unemployed. How could that be when some 30 million people are collecting unemployment benefits, and millions more are either signed up for benefits, but not yet on the rolls, or have not yet managed to register with their state unemployment insurance offices.

But wait! That’s not all folks! There are likely at least another 10 million unemployed Americans whose unemployment benefits have run out or who were ineligible for benefits. And then too, there were countless more who never bothered to apply – or perhaps did not realize that they were eligible.

So if we were to tack on these 10 million unemployed people to the BLS estimate of 21 million, we could calculate a much more accurate unemployment rate for May:

But I’ll leave it up to you to decide who’s right – the BLS or the economists.