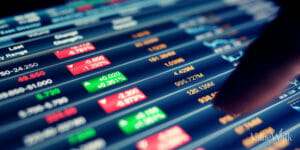 Parties agree to voting, other commitments, including nominating Elliott’s Marc Steinberg for reelection until 2026

Pinterest (NYSE:PINS) said Tuesday afternoon that it agreed to give activist investor Elliott Management a board seat and made other commitments as part of a standstill agreement.

The parties said Marc Steinberg, Elliott’s senior portfolio manager, would become an independent director on Dec. 16. He’ll also sit on Pinterest’s board’s audit and risk committees. The appointment temporarily expands Pinterest’s board to 11 directors, eight of which are independent.

As part of the agreement, Pinterest and Elliott agreed to specific voting, confidentiality and other commitments, including nominating Steinberg for reelection as a director at Pinterest’s 2023 annual meeting.

The photo sharing website in June hired new Chief Executive Officer Bill Ready from Alphabet’s (NASDAQ:GOOG) Google, where he served as president of commerce since 2020.

“We believe in engaging our key stakeholders consistently, and this one-of-a-kind agreement with Elliott is a result of that,” Pinterest said in a prepared statement.

In October, the Wall Street Journal reported that Elliott had built a stake in the company and supported Ready’s appointment as “the right leader to oversee Pinterest’s next phase of growth.”

In November, Elliott reported it tripled its stake since August and owned about 15% of the company.

“Over the past several months, we’ve forged a productive partnership, and the Company has made significant progress on its strategic objectives,” Steinberg said in Tuesday’s news release.