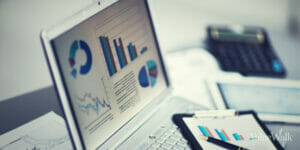 The snow is falling. New Year’s resolutions are holding up. Football playoffs are in high gear.

It must be fourth-quarter earnings season.

If you’re like us, you get excited this time of year. That’s because corporate earnings reports often produce some major stock price swings. Recent sales and profits get scrutinized, and outlooks get debated. In turn, heavy trading activity sparks major moves that often precede extended uptrends or downtrends.

Traders use various tools to anticipate how a company will perform relative to internal guidance or Wall Street estimates. MarketBeat’s Earnings Announcement Screener is a valuable resource for identifying companies that are soon to report or have recently reported quarterly results.

As we get into the thick of it over the next couple of weeks, volatility will be fully displayed. With a historical flair for the dramatic, these three stocks could see some of the biggest pops.

What is Tesla’s Current Options Chain?

Tesla, Inc. (NASDAQ:TSLA) reports after the close on January 25th. Even after the 3-for-1 split, the EV maker’s share price is relatively high, which makes options a popular investment vehicle. Our Options Chain tab is a good place to start when devising a bullish, bearish or neutral strategy around earnings.

Whether Tesla goes forward or in reverse is debatable, but it will probably make a big move. It is the second most volatile mega-cap name after Meta Platforms and one of the 10 most volatile S&P constituents.

On October 19th, 2022, Tesla’s third-quarter earnings beat failed to excite a market which chose to focus on a slowdown in growth and a cautious 2023 outlook. The stock went from roughly $222 to $207, twice the average daily volume, setting the tone for an ugly fourth quarter slide.

Aggressive price cuts in the U.S. and China and lower gas prices have Tesla near a 52-week low heading into this week’s report. The Street is expecting 35% year-over-year EPS growth, but this could vary significantly based on the impact of reduced selling prices around the holidays.

Why is Freeport-McMoran Rallying Into Earnings?

Copper has been one of the hottest industries of 2023, which makes Freeport-McMoRan Inc. (NYSE:FCX) one to watch. The natural resources stock has surged nearly 20% year-to-date, thanks to a spike in copper prices. Copper futures reached seven-month highs last week due to low supplies and expectations of higher demand. The global transition to copper-rich renewable energy and China’s transition from zero-Covid restrictions have copper closing in on March 2022 at all-time highs.

Combined with surging gold prices, this has investors braced for a shiny Q4 earnings report and 2023 guidance. The Street’s Q4 EPS forecast of $0.45 is much lower than the prior year but marks an acceleration from Q3. This reflects expectations of easing cost pressures on top of higher metal prices.

A look at Freeport-McMoran’s earnings history reveals two consecutive misses. Last time around, lower average realized prices for copper and gold and increased cash costs were to blame. Will improved Q4 operating conditions be enough to stem the tide?

The bar is set high and technical indicators point to the stock potentially being in overbought territory. Either way, expect this earnings announcement to provide electricity.

Will Calix’s Q4 Earnings Be A Positive Surprise?

Software developer Calix, Inc. (NYSE:CALX) is a lesser-known earnings play but one worthy of a look, given its volatility. The stock limps into Wednesday’s report down -26% from its December high but may be oversold. A major reversal could happen if Calix can surpass the market’s expectation of flat earnings.

Look no further than Calix’s Q3 report to see the earnings pop potential. On October 24th, management announced earnings nearly 50% higher than consensus, led by record performances for both the EXOS and AXOS platforms.

Calix’s cloud customer base rose by 28%, which showed demand for cloud infrastructure software is healthy despite macroeconomic pressures. The next morning, the stock gapped 10% to an impressive two-day run above $70.

That rally has since fizzled, and the mid-cap is back in the mid-$50s. Calix suffered a high volume selloff on January 11th following an investor conference at which management noted ongoing supply constraints. Yet, with end-market demand still strong and management sticking with its Q4 guidance, jittery sellers may have created an opportunity for Calix bulls.

Wall Street sure thinks they did. In the wake of the selloff, three research firms reiterated their buy ratings and gave Calix price targets running from $85 to $90. With opinions on the stock varying widely, expect Calix’s Q4 update to be the next big catalyst.